What is the Temperature in Galapagos Islands?

Why does it get colder in Galapagos than in other tropical regions?

When visitors come to the Galapagos, they expect the Islands to be tropical, hot, and steamy all year round. The Galapagos does have a hot season, but around about May and June, as the trade winds are picking up, you get two powerful marine currents that affect the area massively. One comes in the west around Fernandina and Isabella and is the Cromwell Current. And that's an upwelling submarine current. And the other one is the Humboldt Current, which originates down in the south, comes up the Chile Peru Coast along the equator, and arrives in the Galapagos from the south. Both currents enter the Galapagos between 9 and 11 degrees Celsius, or 52 to 55 degrees Fahrenheit, so very cold waters. But the counterpart is the almost hot water coming from Central America. This is the Panama Current, and it's coming into the Galapagos with water around about 29 to 30 degrees Celsius, about 90 to 92 degrees Fahrenheit. This warm water mixes with the very cold water, resulting in an average sea surface temperature around the Galapagos, with some parts being cooler than others.

What are the average temperatures in different areas of the Galapagos?

The Galapagos is one of those places where it's difficult to talk about absolute averages. Wolf and Darwin have a sea surface temperature of 22 to 24 degrees Celsius during the cool season, approximately 68 to 72 degrees Fahrenheit. That can vary depending on the movement of the Equatorial front. North of Wolf and Darwin, there is a massive geographical boundary between the Northern and Southern hemispheres, where the hot water of the north and the cold water of the south mix. This is a moving boundary, and it moves up and down constantly throughout the year, throughout each of the seasons, and from week to week. This moving boundary affects the average temperatures as well. So they can go up two to three degrees Celsius, about ten degrees Fahrenheit. In Wolf and Darwin, you can find average temperatures up to about 25 or 26 degrees Celsius during the cold season, which is 75 or 78 degrees Fahrenheit.

Western (Isabella & Fernandina) and Southern side of the Archipelago

The sea surface temperatures of the Western side and Southern parts are much cooler than the north. These areas are generally colder around the Western side of Isabella, Fernandina, and the Southern part of the archipelago. Temperatures might be between 16 to 18 degrees Celsius, about 64 to 68 degrees Fahrenheit. So considerably colder in these areas than Wolf and Darwin. 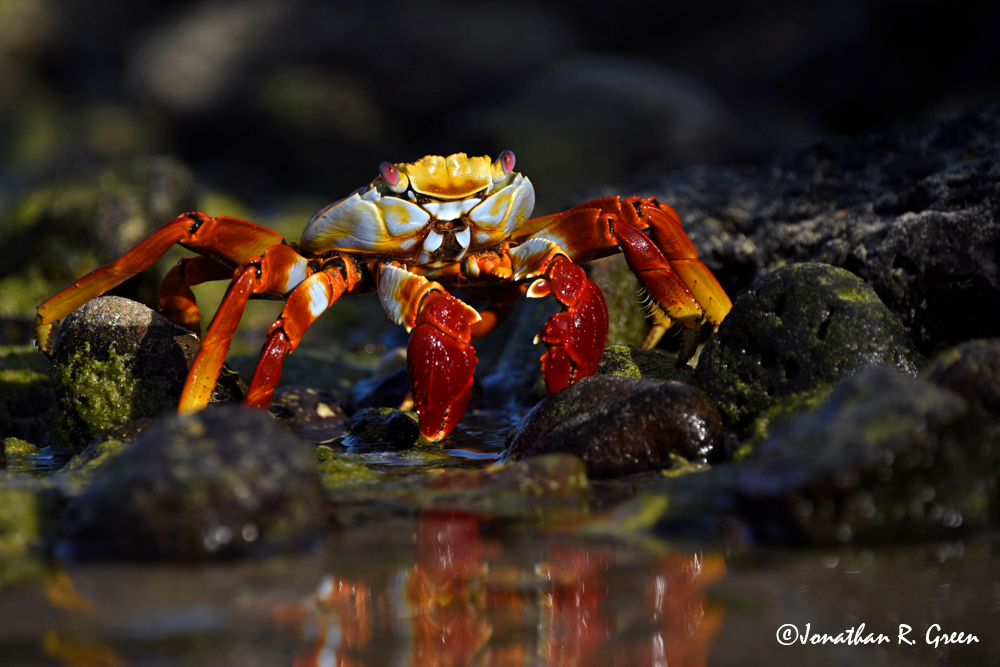 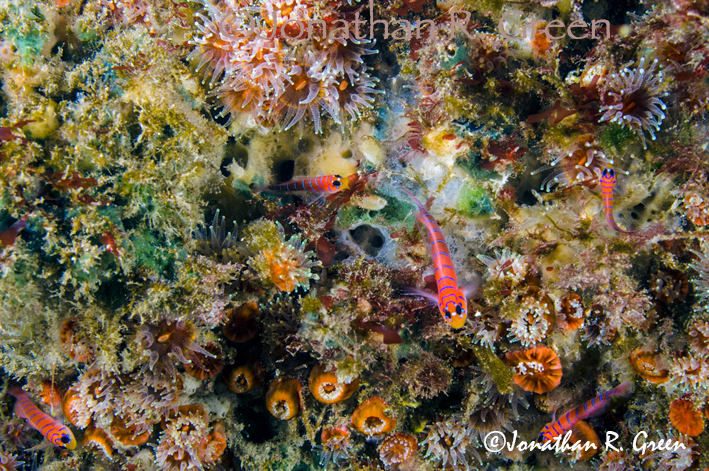 How do the different temperatures affect the wildlife you can see?

One of the surprises for everybody, when they go to the Galapagos is that you find penguins on the equator. It's the only penguin species worldwide that occurs on the equator and goes up into the Northern hemisphere. It followed the marine currents up from Antarctica to Chile, Peru, out along the equator, and then established in the Galapagos Islands and the Galapagos Penguin endemic species. You do see different species there because of the water temperatures. One of the things about the Galapagos is the diversity of the fauna you find out there and the different conditions you find when diving. If you want to divide it into different biological or geographical areas, you could say that Galapagos has three mini-worlds within one cosmos. So you have tropical areas, subtropical areas, and temperate or cold water areas.

How do the trade winds affect the temperature?

In May/ June, the trade winds, or the Southeast winds, start to pick up in this region. Ecuador and the Galapagos are in what we call the doldrums in terms of the climate, so it’s an area that for several months of the year that has no wind whatsoever. During the era of the sailing ships, when they were trading up the Pacific coast, it was the fear of every mariner to be caught in the Doldrums because, with a sailing boat, you can’t move when there is no wind. The trade winds begin in June and are constant until the end of the cool season (November/ December). This time of year was good for the old sailing vessels. However, for us divers aboard a liveaboard, it means when you are getting into the water and when you are getting out of the water, it can often be a little bit chilly when getting back on the vessel itself.

In summary, the best recommendation we can give you is to take a pair of long trousers and a sweater or fleece for the evening and the night. When you go to the Galapagos, ensure that you are prepared for very diverse conditions above and below the water.